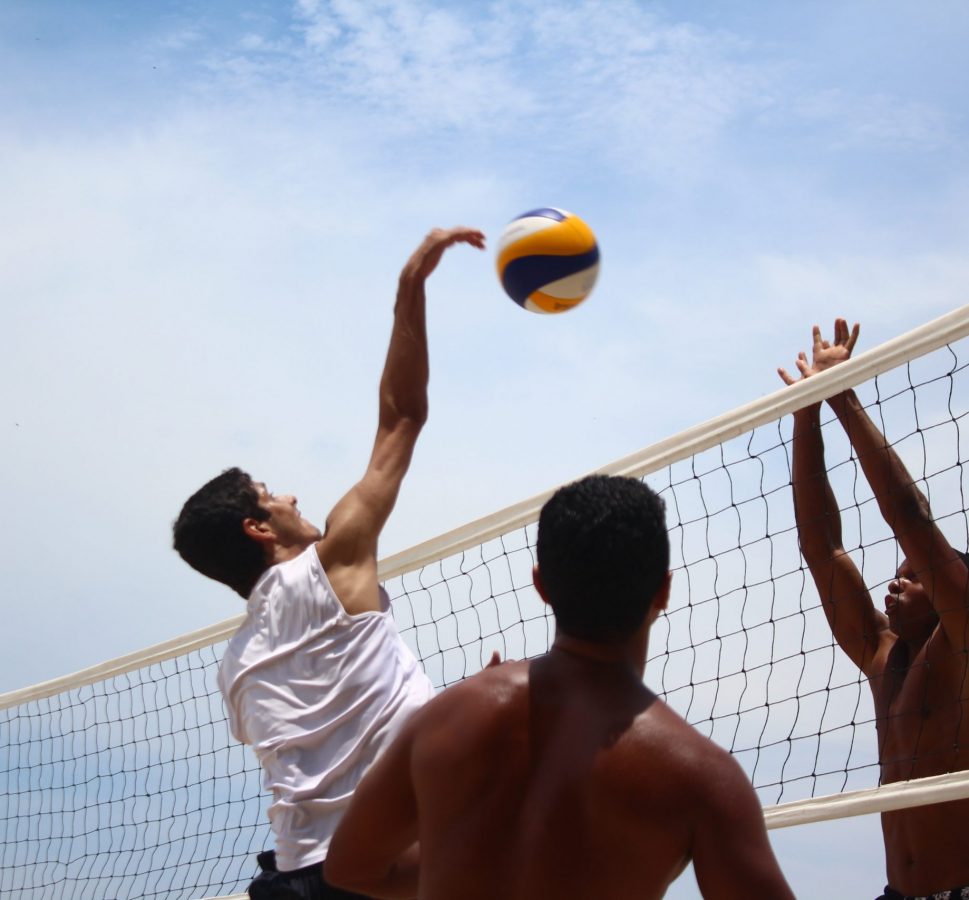 Nineman volleyball is an odd version of volleyball – as the name suggests each team has 9 players on each side. Interestingly the court size is also larger given the number of players.

This version of volleyball was brought over from the Toisan (Guangdong province) immigrants from China to the US. The first nineman volleyball tournament was held in Boston.

The sport is very popular amongst the Chinese community and is played predominantly in North America, with own tournament body, NACIVT.

Unfortunately, despite being an interesting sport, should you wish to play in the NACIVT tournaments, you must be of Asian origin and male:

“NACIVT rules stipulate that at any given time, each team must have at least six players of “100 percent” Chinese descent on the court. The remaining three players must be of Asian descent”

What are the dimensions of a nine-man volleyball court?
The court is 33 feet long and 33 feet wide. The net is 7 feet and 8.5 inches high.

How does scoring work?
Nine-man volleyball utilizes rally scoring – where a point is awarded at the end of each play. You do not need to serve in order to earn a point. The team that reaches 21 points with a lead of at least 2 points or the first team to reach 25 is the winner.

Which players are eligible to serve the ball?
Any 3 designated back row players.

Where can you serve?
You can serve from any position behind the endline, but must be between the sidelines.

Can you jump serve?
No. At Least one foot must remain on the ground during the serving motion

Can players screen the opponents from viewing the server?
Players must be at least one arm’s length from their teammates.

Is it necessary to rotate players to each position?
No. Unlike 6-man volleyball, 9-man does not require rotation. Players typically specialize in two to three positions on the court.

What is the rule associated with substituting players during a game?
A team can freely substitute any player to any position with the referee’s acknowledgement.

If a defensive player gets hit by the ball on the arm AND chest, does the opposing team get a point?
Yes, if the ball contacts any part of the body besides the hands and arms, the other team receives a point. This could also be considered a double hit.

In what situations would a player be considered in violation of the centerline?
When a player crosses the centerline AND interferes with the play of an opponent

How many “touches” are allowed on a single side?
A team is allowed to contact the ball 3 times – where a block counts as one touch. However, a team is permitted an additional contact if the ball hits the net during their attempt to play the ball over.

Can a player block across the net?
No, unlike 6-man volleyball, a player attempting to block cannot penetrate the net or the vertical plane above the net. Can a back row player spike the ball in the front row? Answer: Yes, any player can spike the ball from any position on the court.

The Best Volleyball Shoes for Women