When the ball comes on to your side of the net, the first contact is crucial. It sets the tone for the rest of the play, and it often determines what kind of offense you’ll be able to run. Whether it’s on serve receive or defense, for the first pass you can either use a traditional forearm pass or an overhand pass. 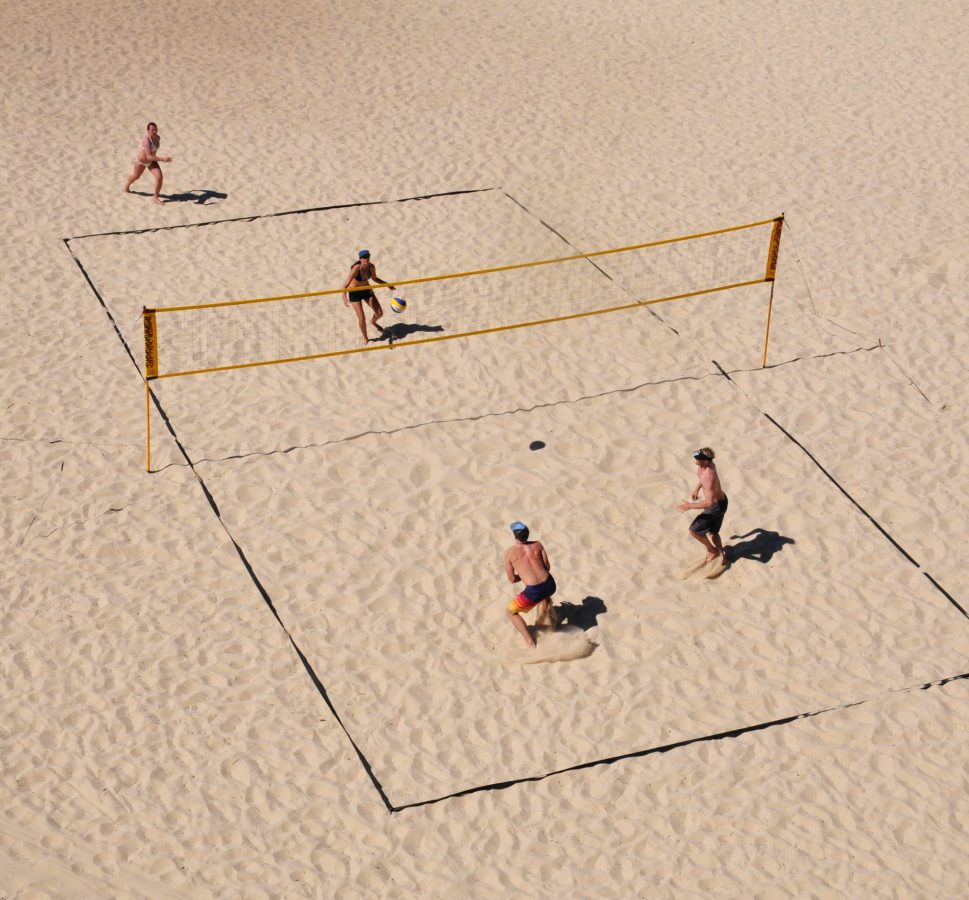 This is what we typically think of when we think of “passing.” Hands are together in front of the body, arms are extended, knees are bent. The player moves to get behind the ball as much as possible, and redirects the ball so that it changes trajectory and travels to the target area.

When it comes to digging a hard-driven ball, most passers opt for this traditional pass. However, you can increase the area you cover by combining this common skill with the less well-known overhand pass.

Basically this move calls for you to set the ball on the first contact. Instead of waiting for the ball  to travel down to your extended forearms, you raise your hands above your head and cushion the ball there. Of course the goal is still to change the ball’s trajectory and have it land neatly in the target area.

A word of caution: make sure to receive the ball evenly and distribute its force as evenly as possible among all ten of your fingers to avoid jamming your fingers.

There are several reason why you should get comfortable taking serves and attacks, as well as free balls, using an overhand pass:

Photo by Odd Fellow on Unsplash