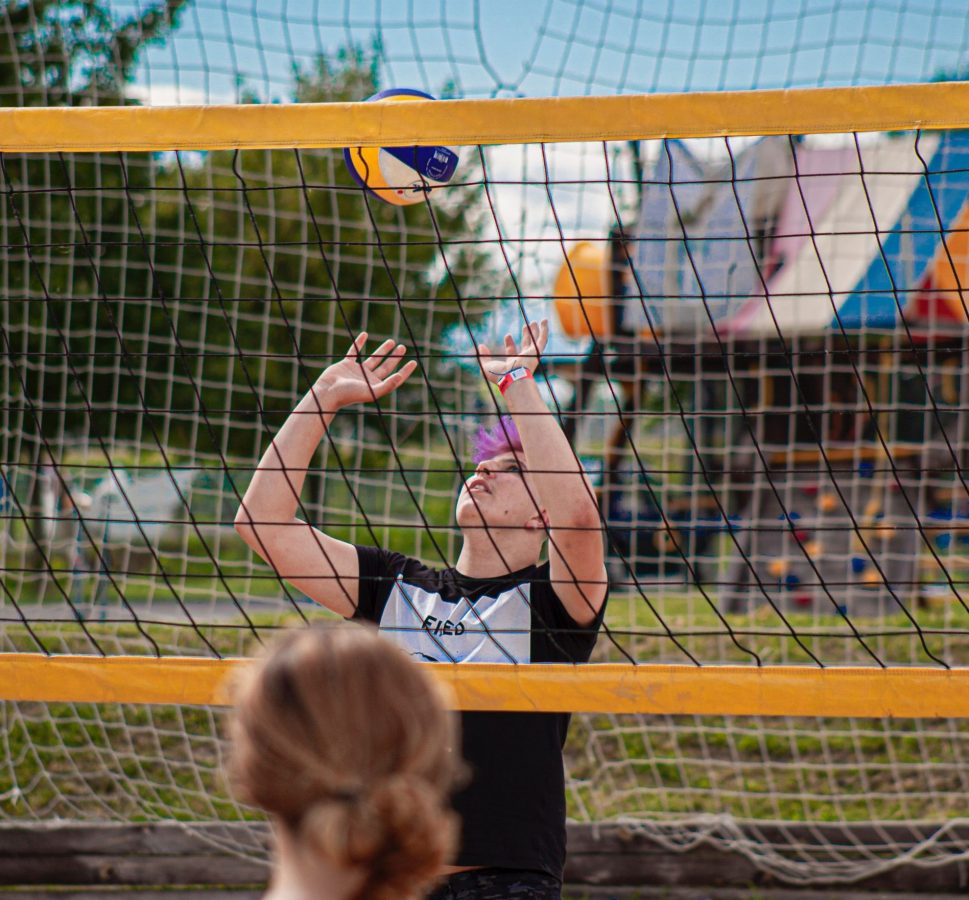 Often called the quarterback of the volleyball court, the setter is a unique position in volleyball.

Unlike the passing role (outlined in this post last week), not everybody on a team steps into the setting role during every game. In a perfect world, the only player who would ever contact the second ball would be the setter, and nobody else would every have to practice setting.

Sadly, we don’t like in a perfect world, and many times other players are forced to set during a game. So it’s useful for us all to understand how this position works.

The setter is the player (or players) who is responsible for taking the second contact (out of the 3 allowed per play) and directing it accurately towards a hitter so that s/he can hit it towards the opponent’s court. Sometimes there are two setters playing simultaneously on a team and in this case they play directly opposite from one another.

In a 6-2 offense whichever setter is on the back row is the active setter. When that setter rotates to the front row the setter who is now on the back row becomes active, while the other setter becomes a hitter.

In a 5-1 offense there is only one setter on the court, and s/he must set the second contact from whatever position s/he is in. The player who is directly opposite the setter in a 5-1 is often referred to as the “opposite,” and is generally expected to step in and set if the setter is unable to during any given play.

It’s the setter’s responsibility to decide which hitter should get the ball, and to communicate any special plays being run to the hitters. Setters, particularly when they are front row players and allowed to jump and attack the ball, can also hit the ball over on the second contact, usually referred to as “dumping.”

Dumping forces the opponent’s blockers to deal with the setter as a possible threat and can help distract them from the hitters.

Although hopefully either the setter or the opposite will be taking the second ball during most rallies, there are inevitably times when unusually bad passes or miscommunication makes this impossible. At those times it’s vital for all players to be able to execute the safe set: a high, cross court set to a front or back row attacker.

If each and every player can confidently set their teammates in a game situation, it’s much more likely that your team will be able to send an aggressive attack over the net instead of an easy free ball.

Photo by Patrik Velich on Unsplash